This is music that creates a meditative, relaxing soundscape that makes it easy to study, go to sleep, meditate, or just relax.

The background of sound limits distraction and thus contributes to focus and attention. You will not only notice a calm attention,

you will sustain a more balanced energy level and will be able to effectively pace your activity level in the interest of optimum productivity,

you may well want to replay as long as you are engaged in a given activity. Meditation can certainly be that activity.

Your imagination will transport you to an interior landscape rich with peace, calm and quiet.

A guided breathing practice that is designed to calm the part of your nervous system that is associated with the fight or flight response (sympathetic nervous system). As the relaxation response is energized, a balance is established that can help you create a new level of functioning physiologically as well as mentally, emotionally and spiritually.

You are restoring balance to your nervous system in a way that synchronizes your heart rhythm. As this happens, various physiological systems alter in ways that are healthier and contribute to effective functioning. You are less irritable, less emotionally reactive, and less likely to jump to conclusions, and thus your judgment tends to improve as well.

Stress relief and relaxation can  lead to optimum health. 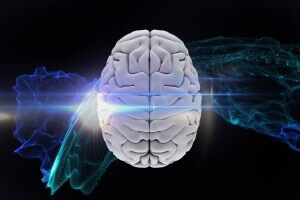